Home On this day in Scottish History On this day: Battle of the Standard

On the 22nd August 1138, the Battle of the Standard (also known as the Battle of Northallerton) was fought between a Scottish army under King David I and English forces commanded by William of Aumale. The battle took place on Cowton Moor near Northallerton in Yorkshire.

King David had marched an army of around 16,000 into England to support his niece Matilda’s claim to the English throne against that of Stephen of Blois. David was also keen to secure and build upon recent territorial gains and took advantage of the civil war between the two English factions.

English chroniclers recorded the atrocities of the Scots as they made their way through the north of England:

“…an execrable army, more atrocious than the pagans, neither fearing God nor regarding man, spread desolation over the whole province and slaughtered everywhere people of either sex, of every age and rank, destroying, pillaging and burning towns, churches and houses”.

An English army of 10,000 men led by William of Aumale moved to halt the advance of David’s force and the two sides met in battle. After around three hours of fighting the Scots were forced to leave the field, with contemporary accounts claiming over 10,000 Scots killed in the action. While this is certainly an inflated number, it’s clear that the Scots lost a considerable number on the field. Casualties on the English side were very light in comparison.

The name of the battle comes from the various religious banners that the English troops fought under.

David I: The King Who Made Scotland, (2008), Richard Oram, The History Press Ltd 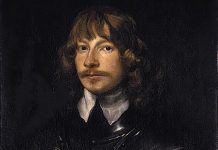 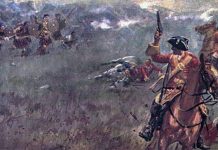 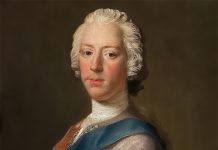 The birth of Charles Edward Stuart