Following their defeat at the hands of the English navy in the summer of 1588, the surviving ships of the Spanish Armada were forced to make their way home around the north and west coasts of Scotland. Several ships were lost along the dangerous coastline in stormy weather. One ship, the San Juan de Sicilia, mysteriously blew up in Tobermory Bay off the Isle of Mull. Many believe that the vessel was carrying a large amount of gold coin.

The arrival of the Spanish

In late September or early October 1588, the badly damaged San Juan de Sicilia anchored in Tobermory Bay intending to take on supplies and make repairs. Originally named the Brod Martolosi, the 800-ton armed merchant vessel with a crew of 63 had been requisitioned from the Republic of Ragusa for use as a cargo carrier and troop transport and was captained by Luka Ivanov Kincovic. A detachment of 275 Spanish, Sicilian and Flemish soldiers commanded by the Spanish aristocrat Don Diego Tellez Enriquez was also onboard. The vessel was armed with 26 cannon and was carrying two large siege guns.1 As the senior person onboard, Don Diego negotiated with the local chieftain, Lachlan Mór Maclean of Duart. The Maclean chief was a large and imposing man (Mór translates as ‘big’ or ‘great’ in English) and was later regarded as ‘the most accomplished and warlike chief that ever held sway in Duart. His military talents were of a very high order’.2

Lachlan Mór proposed that the vessel would be supplied with food and water as well as the necessary materials to repair the ship in return for Don Diego allowing the use of his soldiers. As part of the offer, the Macleans would also provide hostages, who would be returned once the soldiers were back. Don Diego agreed to supply Lachlan Mór with around 100 Spanish soldiers armed with arquebuses and also produced two small cannon. The professional Spanish troops were considered to be among the best-trained infantry in Europe.3

The Macleans had a long-running feud with the neighbouring Macdonald clan and Lachlan Mór saw the potential of using Spanish troops in his fight against them. The Macleans and Macdonalds were not just local rivals fighting over land and power, they were in a struggle for control of the sea lanes to Ireland with both clans supplying large numbers of mercenaries to all sides of the conflict there.4 Highlighting the complexity of this period, the Macdonalds raided the Maclean islands of Mull, Coll and Tiree in 1562 and 1589 using English troops stationed in Ireland and in 1585 Lachlan Mór offered his military services to aid Elizabeth I of England’s war effort in Ireland in return for an English pension. In March 1596, Lachlan Mór wrote to Robert Bowes, Elizabeth’s agent in Scotland, offering to raise a force of over 1,500 men to aid Elizabeth’s war in Ireland. The troops included heavy infantry clad in mail, bowmen and ‘fyirmen’ armed with guns. The offer shows the considerable number of well-equipped troops that the Macleans could call-up and raises questions why Lachlan Mór needed to enlist the help of Spanish troops for his raid on the Macdonald lands. It is, of course, possible that a large number of his clan warriors were over in Ireland at this time and using the Spanish would spare his own men.

Lachlan Mór set off with his newly acquired Spanish mercenaries to attack the Macdonald lands. For more than a month they ravaged the Macdonald islands of Egg, Muck, Rhum and Canna, where they burned homes and slaughtered in the most ‘barbarous, shameful and cruel manner, all the men, women and children’.5 Following this, Lachlan Mór landed on Ardnamurchan and laid siege to the Macdonald stronghold of Mingary Castle. After making little headway the siege was lifted after three days and Lachlan Mór returned to Mull.6 One possible reason for the abandonment of the siege was because the Spanish commander had ordered his forces to return to Tobermory in preparation for the voyage home. It would also have been clear that the two small cannon provided by the Spanish would have little impact on the stone walls of Mingary.

While the vessel was anchored in Tobermory, Don Diego dined off the finest silver at every meal and this, along with loose talk by the sailors, likely gave the impression of the ship’s wealth. The surviving crew later stated that they spent a month repairing the ship as best they could in great danger of their lives. An English diplomat writing from Edinburgh reported that the Macleans wished to possess the vessel but were not able to ‘for she is well furnished both with shott and man’.

The destruction of the galleon

In early November (possibly the 5th), after having spent over a month anchored in Tobermory Bay, the San Juan de Sicilia blew up. Records from the Privy Council of Scotland stated that the vessel was destroyed at ‘the instigation of Lachlan Mor’.7 It is possible that Lachlan Mór ordered the vessel to be destroyed since he had links with Elizabeth I. The official Spanish report of the event states that while the crew were taking off the ship’s gunpowder there was an explosion which blew off part of the forecastle, throwing it to the shore.8 The ship then burned and later sank. Two men were on the forecastle at the time of the explosion and were carried with it. Both survived. One of the men was Dr Beaton, Lachlan Mor’s physician who had been one of the hostages.9

Another theory is that a merchant who helped supply the galleon, John Smollet from Dumbarton, or an assistant of his, intentionally blew the ship up by placing a slow-burning fuse in with the gunpowder.10 Smollet is believed to have been an agent for Elizabeth I of England’s spymaster, Sir Francis Walsingham. Another version of the event has one of the Maclean hostages sabotage the ship by detonating the gunpowder barrels in the magazine when the ship began to set sail without releasing them. Over 50 Spanish soldiers were ashore at the time of the blast and Lachlan Mór retained them in his service for another year. The soldiers along with the survivors of the galleon were released the following year and made their way to Edinburgh before they returned to Spain.

Local tradition hints at Maclean involvement in the explosion and it’s probable that Lachan Mór and John Smollet were both involved in the sabotage. In October 1690 when the Royal Navy frigate HMS Dartmouth arrived off the coast of Mull the Macleans believed that the vessel had been sent by the king of Spain to avenge the destruction of the Tobermory galleon. Dartmouth, under the command of Captain Edward Pottinger, had been conducting anti-Jacobite operations on the western seaboard and was sent by the Scottish government to force the Jacobite Macleans to sign the Articles of Allegiance to William and Mary. In December 1690, while anchored in the Sound of Mull, Dartmouth was sunk in a violent storm, which Maclean folklore attributes to witchcraft.

So why do people believe the San Juan de Sicilia was a treasure galleon laden with gold coin sailing with the Armada? The ships true identity appears to have been forgotten about following the sinking and rumours of gold linked to the wreck began to emerge long after the ship had sunk.11 There were claims that the vessel at the bottom of the bay was the Duque de Florencia, a ship laden with gold and silver plate and carrying the Armada paymaster’s chest, a hoard of some 30 million ducats, however, the Duque de Florencia managed to make it back home.

“It lies in a very good road land lok’d betwixt a litle iland and a bay in the Ile of
Mull, a place quhair vessels doe ordinarily anchor, free of any violent tyde, hardly
any stream at all, a clean heard channel with a little sand on the top, and little or no
mudd in most places about, upon ten fathom at highe-water, and about eight at
ground-ebb, so calm that the Earle of Argyll caused dive at all tymes of the tyde in
seasonable weather, and even when it was whyt water within lesse than a mile of the
place. The fore part of the ship that was above water is quyt burnt, so that from the mizzen mast to the foreship there is no deck left, but the hull full of sand, which the Earl of Argyll caused search a litle but found nothing but a great deal of cannon-ball about the main-mast, and some kettles, and tankers of copper and such like in other places. Over the hindship, wher the cabin was, ther is a heap of great timber, which will be a great task to remove, but under thes is the main expectation (of treasure), and it is thought the deck under the cabine is still entire. The great timber lay in great confusion, and in the midle there is a voyd place, which the Earl durst not try with the bell and the workmen did not give a perfect accompt of it. Thes great timber lyes so high ebb-water they can be touched, at five and six fathom water. Ther is a harder and softer sand in places neir about the ship. Ther was cannon found on clean sand, quhair a six pence might be known from a shilling. Some cannon wer half covered with sand, and on(e) cannon fullie covered was gotten up, so farr does the art of the bell go. The cannon generally lay at some yards distance from the ship from tuo to twentie and some not recovered lay crosse tuo or three together.”12

In 1677 the Macleans constructed gun emplacements around Tobermory Bay and fired on any salvage vessel that attempted to dive on the wreck site. This in turn, along with the exaggerated tales by divers, fueled the myth that the vessel had been carrying 30 million in gold coin.13

Following Archibald Campbell, 9th Earl of Argyll’s uprising against James VII and II in 1685, the wreck site was forfeited to the Crown. James authorised salvor Archibald Miller of Greenock to conduct further operations that recovered a silver bell, seven guns, three anchors, a capstan and other pieces of ship’s equipment. Describing the wreck Miller stated that: ‘Dishes both great & small of pewter or plate as well as ballast in the fore part of the ship…there is no deck upon her except in ye hinder part… in the fore part of the ship lie many great ballast stones and some shot amongst them’.14

In 1688, Sir William Sacheverell, Governor of the Isle of Man, began salvage operations and is said to have ‘recovered much of the lost bullion’. Although it is not clear just how much was actually recovered it is likely that what he did recover was the ship’s pay chest and not a vast treasure.

After Sacheverell’s salvage operation there have been numerous salvage attempts on the wreck which recovered cannon and other artefacts. The most recent attempt was in 2014 and was sponsored by the 13th Duke of Argyll.15 A sunken Spanish galleon laden with gold at the bottom of Tobermory Bay makes an excellent tale, however, it is just a tale and it is safe to say that there is no treasure to be found. 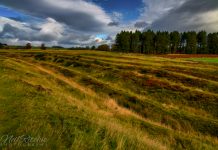 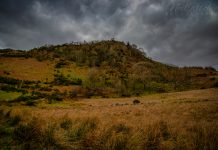 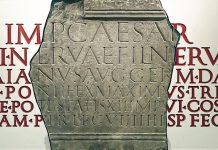