The Cromwellian Fort of Ayr

In 1652 following military defeat and the declaration of a Commonwealth between England and Scotland, English occupation forces began the construction of fortified posts to hold down a war-weary yet hostile Scots population. While many of these were small posts based on existing defensible structures allowing a policing role, five notable new constructions, based on the latest thinking in the design of fortifications were begun.

The smallest, an earthwork fortification at Inverlochy (later Fort William) was a modest earthwork artillery fort. The larger Lowland “Citadels” however were a different matter, both in scale, the standard of construction and in the very nature of the places intended use.

While campaigning in England The Army of the Solemn League and Covenant had amassed a great deal of experience at siege warfare during the First Civil War while the Scots Royalist forces had employed field fortifications extensively during the Third Civil War. Scotland, therefore, could not be underestimated and the English Commonwealth forces built these Citadels in the latest formidable style while their size alone, containing barracks and administrative buildings, had not been seen in Scotland since the largest French forts of the previous century.

These Citadels were located at major Lowland towns at the regional and arterial locations of Saint Johnstone (Perth), Inverness, Leith, and Ayr. The best-preserved remains of these can be found at Ayr. The Commonwealth fort at Ayr was designed in 1652 by the chief engineer of the New Model Army Hans Ewald Tessin and for the age was a most accomplished work. It was completed in 1654 and sited at the junction of the Firth of Clyde and the outflow of the River Ayr. The fort’s main axis lay on a north/ south line.

Its plan took the form of a symmetrical elongated hexagon with a bastion at each angle, a floodable outer ditch was provided to the two landward fronts complete with – and protected by – a covered way with re-entrant place of arms, and a sloping earthwork glacis. Internally the large size of the fort allowed a raised centrally planned parade square, though termed “market place”  in the original drawings. This was in turn fronted on three sides by carefully laid out ranges of buildings, mostly barracks but including administrative buildings and on the fourth side the 14th century St Johns Kirk was incorporated within the work.

Broad run-up ramps were provided to the terreplein (fighting platform). This was notably broad to the north and may have accommodated a mortar battery, while the north-east bastion was surmounted by a prominent cavalier (raised gun battery). The fort could probably accommodate a garrison of up to one thousand men, a regiment of the time at full strength though records do not tell if this was ever achieved.

The Citadels did not survive the Restoration being slighted in the years following an order of the estates in 1660. Slighting or “razing” a fortification usually entailed removing its defensible features (parapets/gun emplacements) and at Ayr, this was taken further with the landward fronts being demolished and the ditch filled. The process, however, appears to have been gradual for the site was not developed until the Victorian period and in the layout of the streets and the Victorian terraces and villas the ghostly layout of much of the original fort internal layout can still be traced, particularly at Eglinton Place where tennis courts now occupy the former parade square, and terraced guest houses front onto this open space as once did the original barracks. Ailsa Place and Arran Terrace directly run on the fighting platforms of the curtain wall.

Much of the stone revetted earthwork defences remain. One noted authority is often quoted in saying that only a single bastion remains, and indeed up until recently the prominent remains of this fronting the harbour with its iconic sentry box was the part most easily identified. However recent redevelopment of the “Citadel”  area of the site has sympathetically cleared a lot of the clutter from the seaward faces of the defences allowing these to be easily followed from the Esplanade to the harbour.  Further investigation repays along Ailsa Place where the walls return back into the town with houses nestling above and below on the aptly named Cromwell Street which is aligned over the infilled ditch.

The tower of St Johns Kirk remains and is a good focal point when walking around the site, note the raised mounds in its grounds which are remains of the banks leading up to the parade ground. The distance this is sited from the defences also give a good quick impression of the overall size of the Citadel.

Some informative notice boards have been erected and a fine replica Saker is now on view outside the walls on the northwest front. Conclusion: well worth a visit. 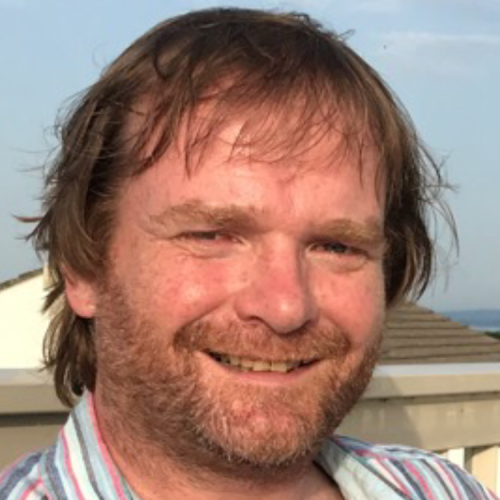 The Balfour Stone in the Pass of Killiecrankie supposedly marks the grave and the spot where Brigadier Barthold Balfour was killed while trying to...
Scottish History Blog

In the 1430s, while residing at Ardtornish and ill with an upset stomach which caused him 'not to smell well', Alexander MacDonald, Lord of...
5,305FansLike
1,687FollowersFollow

Lord Lovat’s memorial to George I

General Wade’s Report on the Highlands

Colonel James Campbell's Dragoons (Royal Scots Greys) with their distinctive mitre caps guarding Spanish and Highland captives at the battle of Glenshiel on 10 June 1719. 3 Troops of the...
Read more
Tweets by ScotsHistory

This website uses cookies to improve your experience while you navigate through the website. Out of these, the cookies that are categorized as necessary are stored on your browser as they are essential for the working of basic functionalities of the website. We also use third-party cookies that help us analyze and understand how you use this website. These cookies will be stored in your browser only with your consent. You also have the option to opt-out of these cookies. But opting out of some of these cookies may affect your browsing experience.
Necessary Always Enabled
Necessary cookies are absolutely essential for the website to function properly. These cookies ensure basic functionalities and security features of the website, anonymously.
Functional
Functional cookies help to perform certain functionalities like sharing the content of the website on social media platforms, collect feedbacks, and other third-party features.
Performance
Performance cookies are used to understand and analyze the key performance indexes of the website which helps in delivering a better user experience for the visitors.
Analytics
Analytical cookies are used to understand how visitors interact with the website. These cookies help provide information on metrics the number of visitors, bounce rate, traffic source, etc.
Advertisement
Advertisement cookies are used to provide visitors with relevant ads and marketing campaigns. These cookies track visitors across websites and collect information to provide customized ads.
Others
Other uncategorized cookies are those that are being analyzed and have not been classified into a category as yet.
SAVE & ACCEPT
error: Content is protected !!